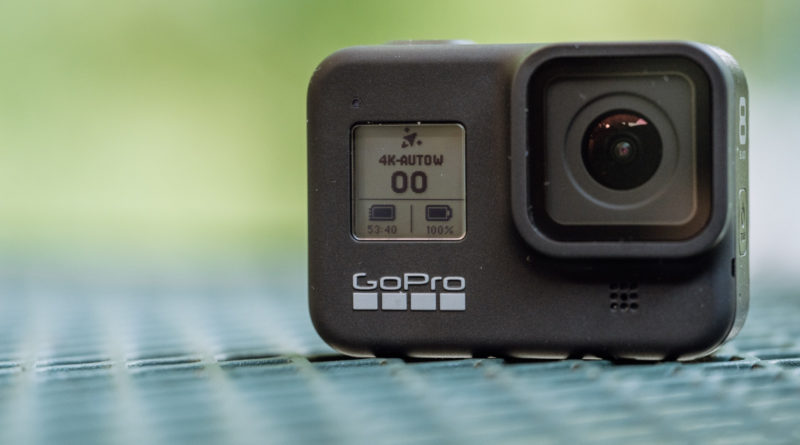 Leading action-camera industry GoPro releases the latest GoPro HERO 8 Black, which allows the user to concentrate on sport or activity while it brings new levels of smoothness and ease of use to the 4K video capture.
At the very initial stage, the long waited for GoPro Hero 8 Black was only available for pre-order from GoPro.com since October. However, as of now, it is available at major retail partners around the world.

The outstanding design of the GoPro HERO 8

So now, let us take a look at the GoPro HERO 8 Black review. Hero 8 Black is designed to be frameless. It has its specific built-in loops at the end of the camera that folds in and out, which is very convenient. Since the camera no longer has to sit in a frame, in GoPro HERO 8 Black, the primary mic can be moved to the front of the camera, just under the lens. Moreover, the exceptional frame-less design and incoming range of well-matched Mods enable the user to expand the Hero 8 Black’s vast abilities beyond pure action shooting. Thus this is a piece of good news for anyone who wants to document their travels and vloggers.

The Hero 8 is slightly thinner than the naked Hero 7 front to back, but it is also slightly wider and taller. It is smaller than the Hero 7 when it is in a frame so that it is a lot more pocketable.

The most important feature of all – The Camera!

Talking about the Camera GoPro HERO 8 Black camera has mostly been iterative. And as expected from any action camera, the GoPro HERO 8 Black action camera is super-simple to get to holds with straight out of the box. Incredibly easy to use; hence, it outputs stunning results. Thus the GoPro Hero 8 Black action camera is a fascinating piece of kit. GoPro HERO 8 Black camera menu system has also gotten a lot better. The most significant improvement is the addition of presets. When In video mode, the rear touchscreen allows scrolling through four presets, where each is designed to suit a range of scenarios. These presets are named Standard, Activity, Cinematic, and Slo-Mo. Each can be altered according to the needs. Further, it also has the ability to form an extra six custom presets, which can be added to an easy-access list.

Moreover, In terms of the camera, GoPro has upgraded nearly all of its capabilities. More specifically, its stabilization tech, called HyperSmooth, has leveled up to HyperSmooth 2.0. Thus it is definitely the most reliably impressive feature of the Hero 8. Hence with HyperSmooth 2.0, even the most unsteady video is remarkably shake-free. And, if the user is in a situation where even more stabilization is needed, they can use “boost” for even more of a steady shot.

The lens of the GoPro

Further, the lens is now twice as sharp, according to GoPro. It was done by increasing the thickness of the glass from 1.3mm to 2.0mm; however, in this method, the ability to detach the lens is removed. Whereas before the lens could be removed if broken.

Highlighted hardware changes in the GoPro

On the hardware front, it is noticed that there is no longer an HDMI port on the camera itself, hence leaving just the USB-C charging port, whereas that function has been shifted to GoPro’s ‘Media Mod,’ where there is a port.

Talking about the battery, the time frames are about the same as before with the Hero 7 Black. However, the GoPro HERO 8 Black did get a new battery. It’s only a 0.01v difference between the two. Thus it is mainly because of some higher battery requirements for the HyperSmooth 2.0 modes.

The final question of any buyer – what does this high tech gadget is priced at!

The company is keeping around the Hero 7 Black at $329 (down from $399), while the GoPro HERO 8 Black price is marked at $399. On the other hand, the Hero 7 Silver down price is brought down to $199, while getting rid of the Hero 7 White. In the meantime, the GoPro Fusion gets replaced by the GoPro Max, which hasso, somewhat similar resolution type specs as the Fusion did.
Overall, Hero 8 Black is a worthy piece. It is quickly going to be travelers’ action camera starting now, and it is more likely to be used as a B-camera on productions.
Further, if the user is new to action cameras and wants the very best features, the GoPro HERO 8 Black would be the best top choice.